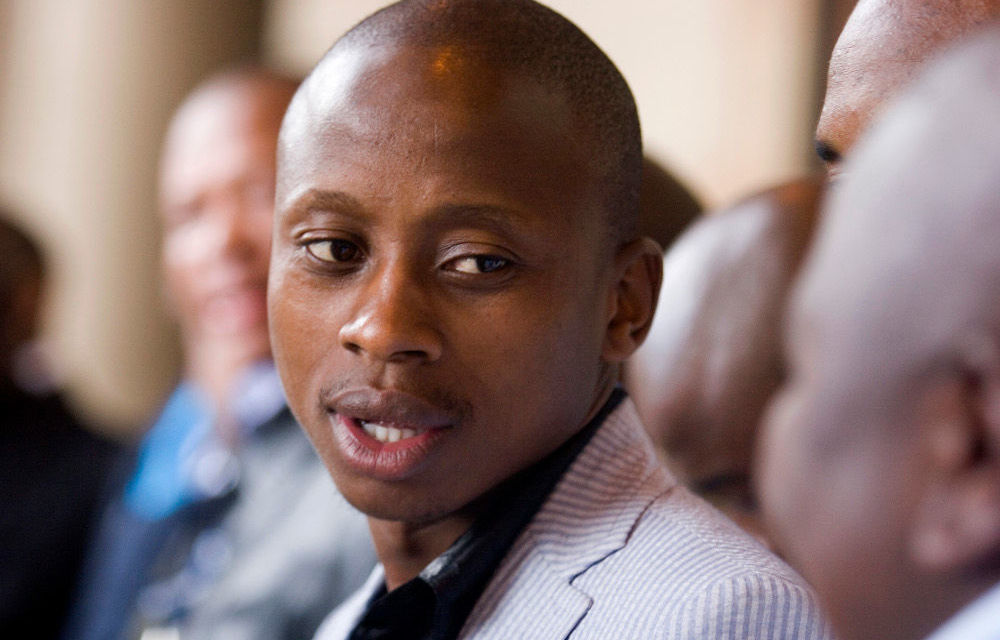 Former Nelson Mandela Bay ANC councillor Andile Lungisa may be on his way out of his party, according to ANC sources in the Eastern Cape.

Lungisa, who served just four months of his two-year sentence for assaulting a Democratic Alliance councillor, has been summoned to appear before the party’s provincial disciplinary committee on charges of misconduct for violating the ANC’s constitution.

Lungisa has defied the provincial executive committee at every turn.

In its letter to Lungisa, the disciplinary committee’s chief evidence leader, Mathobela Sishuba, said the committee will “pray that you be found guilty” of breaching rule 25.17.2 of the ANC’s constitution by his conviction and subsequent incarceration.

“You are required to appear at the venue and at the specified date and time to answer to the charge proffered against you. If you do not appear at the venue and time determined for this hearing as referred to above or fail to remain in attendance when required to do so, the PDC [provincial disciplinary committee] hearing on your behalf may, if satisfied that you were properly and timeously notified of such venue and time order that proceedings continue in your absence,” the letter reads.

Lungisa told the Mail & Guardian that he had not seen the letter, adding that; “I wrote to the national disciplinary committee when I came out of prison stating my case. The province or the region must await that process. I have not received any letter from the province.”

With his influence on the ground forces in the Nelson Mandela Bay and the Eastern Cape, the former councillor was said to be one of the party leaders who could tip the scales in favour of the fightback faction when the party meets for its midterm policy review this year.

An expulsion of Lungisa’s membership may be a crippling blow to the fightback faction in the province and the Nelson Mandela Bay region because this would solidify the provincial executive and the position of the regional task team, which Lungisa and his supporters have largely rejected.

The ANC in the region recently lost its fight to regain mayorship of the bay when DA leader Nqaba Bhanga was elected.

The ANC first lost the region during its 2016 local general elections to the blue party.

Lungisa’s influence — with the help of the smaller parties — managed to tip the scales when former mayor Athol Trollip was removed, putting in his place the United Democratic Movement’s (UDM) Mongameli Bobani.

The ANC’s reign was short-lived when relations between the UDM and its alliance partners soured, and the UDM mayor was removed through a motion of no confidence.

Lungisa’s conviction led to provincial leaders calling for his removal as the member of the mayoral council on economic development.

With support from Luthuli House, Lungisa managed to defy Mabuyane’s orders for almost two years but finally caved and resigned.

Previous PostSerbian Man Extradited to US After Being Indicted in $70M Crypto FraudNext PostDigital Gold: How Should We Be Thinking About Bitcoin?