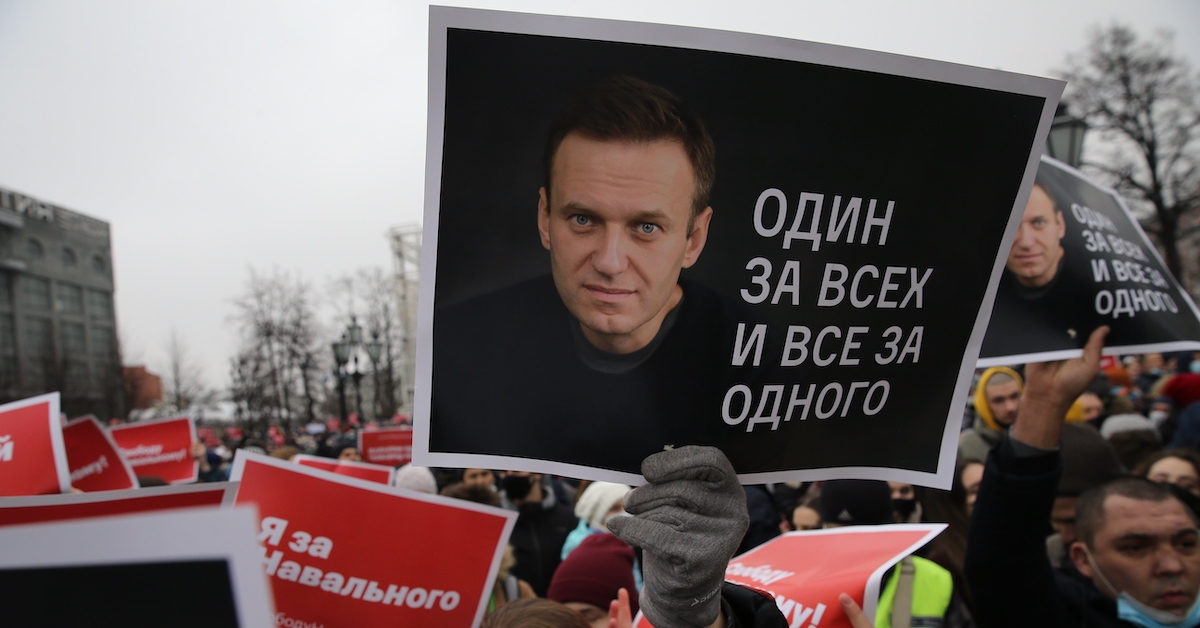 The standoff between Russia President Vladimir Putin and his main opponent, Alexey Navalny, rose to a new level last week – and so did bitcoin donations to the dissident.

Navalny, a Russian politician and vocal critic of Putin, is also a successful bitcoin fundraiser in Russia, receiving 657 BTC in donations over the past five years. The pace of donations accelerated last week, after Navalny was arrested in Moscow and his team published an investigative report describing an over-the-top, luxurious, 168-acre estate with a palace that presumably belongs to Putin.

Bitcoin donations are not widespread in Russia, with only a handful of nonprofits raising money in crypto. Among them, Navalny’s fundraising campaign appears to be the most efficient, but even in that case bitcoin accounts for no more than 10% to 15% of all donations.

In the week since Navalny’s arrest, his wallet received almost 3.7 BTC, worth about $119,600 at press time, which is nearly three times as much as for the first two weeks of January. It’s also much more than the amount of donations the wallet received over the entire year of 2020, crypto news outlet Protos calculated.

“Both bitcoin and fiat donations spiked after the investigation release and [Navalny’s] arrest, and the share of bitcoin grew a bit because of a couple [of] large donations,” said Leonid Volkov, who is coordinating the work of Navalny’s volunteer network across Russia. One of these larger donations, according to Volkov, of one full bitcoin, came from Evgeny Chichvarkin, a Russian millionaire in exile and Navalny’s friend. Chichvarkin hadn’t returned CoinDesk requests for comment by press time.

Tens of thousands of Russians have taken to the streets to protest Navalny’s arrest in what has become the biggest protest rally in the country in almost a decade. Over 3,000 people have been detained as of Saturday, Jan. 23.

Under current Russian law, all street rallies must be sanctioned by the authorities; as a result, almost none are ever authorized. In recent years, a number of protesters were detained and imprisoned for conducting peaceful protests, which deterred many Russians from participating in such activities until the Jan. 23 rallies.

The support for Navalny, as well as the public outrage about his treatment by the Russian authorities, has been rising since he got back from Germany, where he spent several months recovering after being poisoned with a military-grade nerve agent, Novichok.

Soon after he woke from a medically induced coma in the Charite clinic in Berlin, Navalny’s team, together with Bellingcat and CNN, published an investigation naming the Russia’s FSB (secret service) officers who allegedly arranged the poisoning.

Read also: Bitcoin Dissidents: Those Who Need It Most

Navalny also announced he would return to Russia after his recovery. Russia’s prison oversight agency then demanded that Navalny’s parole be revoked and he be sent to prison on a 2015 criminal case that was overturned by the European Court of Human Rights in 2017.

On his trip back to Moscow, Navalny was followed by multiple news outlets broadcasting his journey minute by minute, as the plane left Berlin and headed to Moscow on Sunday, Jan. 17. After landing in the Sheremetyevo airport, Navalny got to the passport control area and was arrested there. After a court hearing, arranged inside a police station with no independent journalists allowed in, Navalny called for street protests.

Navalny was sentenced to 30 days in jail. Volkov announced new protest rallies will be held on Jan. 31 and Feb. 2.