bit2Big > Africa News > African Blogtable: It all comes down to this 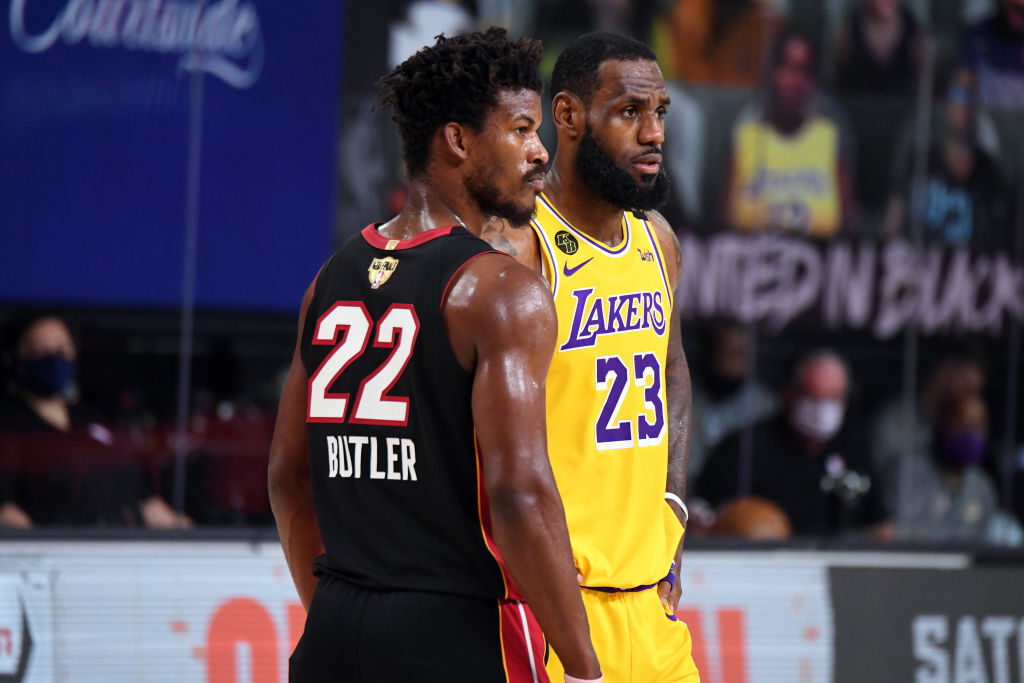 Prior to Game 4, LeBron James texted his teammates to provide an additional source of motivation and make sure that everyone stayed focused and understood the importance of the game in front of them. If you were Jimmy Butler, what would you text your team before they take the floor tonight? And if you were LeBron, what would you text the Lakers?

Amine El Amri, Le Matin (Morocco): If I were Jimmy Butler, I’d text: It has been done before. We have all earned the right to be in the Finals, even though many had doubted us. We have faced challenges, including being far from our close ones, but we remain focused on our goal. We’re on a mission to earn our place in history and only a win tonight might grant us that. It has been done before.

If I were LeBron James, I’d text: Since the day I joined this team, I’ve known that the standards, the goals and the level of scrutiny would be very high. Throughout the season, and even more so in the bubble, you have all shown that you were worthy of all the expectations. At times, you have even exceeded those. We’re wearing the Black Mamba jerseys to honour Kobe, but I’m asking you to honour him by winning this ring. So, one more time brothers, let’s be worthy of this jersey.

Keegan Kruger, The Pundits (South Africa): I think the message from Butler needs to be one of belief and I feel that many in that Heat squad don’t believe that they can back this Lakers outfit into a corner. One can argue that they haven’t been blown out of the water score wise, but they have never really looked like they got some real dog in them. On the other hand, if you are LeBron, tell your teammates to show no mercy and kill off the opposition. Saturday needs to be played as The Final and letting Game 5 go would only put an extra pressure on the Lakers, while the Heat would have their tails up.

Nafy Amar Fall, Wiwsport (Senegal): If I were Jimmy Butler, I would say to my teammates to play the game like it is their last, and fight for every ball, every rebound. And if I were LeBron, I would tell my team to stay focused, don’t underestimate the opponent, because the prize is close.

Nicasius Agwanda, Clouds Media (Tanzania): Jimmy: Hey family, I want to tell you a story, which most of you must already know. I just want to remind you. On 16 June 2016, the Cleveland Cavaliers clinched an NBA Championship for the first time in the organisation’s history and it seemed miraculous. They came back after being down 3-1. Their slogan was “We Believe” and we’re here today in the same position. Remember our slogan? We are “United in Black”, so let’s go win this.

LeBron: Everyone has contributed greatly in this playoff run. You are all MVPs. We have come a long way and what we have dreamt about all season long is finally here. But it’s not going to be served on a silver platter and will require some more sacrifice. It was once impossible to come back from 3-1, but it’s become a habit. Let’s stay strong, focused and as we adorn the Black Mamba jerseys, let’s do it for Kobe.

Njie Enow, CRTV (Cameroon): Jimmy: Hi guys, Buckets here. Fifth seed and no one expected us to be here. They hyped the Clippers, Bucks, Celtics and we weren’t even in the conversation. Around me I have the best guys in this league and in the world. We’ve worked hard all season long and we can’t give up now. The truth is, we have nothing to lose, but it’s our role to reestablish this franchise as one of the NBA’s best. We must defend, make those screens, trust one another and play with high intensity. In Game 3 we defended like the Spartans and the Lakers lost. Let’s go out there, secure a W Saturday, and tie this series in Game 6. Let’s go guys!

LeBron: Hello brothers, today is the day we return to history. A decade has passed and the Laker nation hasn’t known what it means to win a Championship trophy. Until now you’ve played with grit and resilience, but today I ask you to give more than that. It could be our last game of the season, if we fight and play like we want to. We can secure this championship and become the team with the most rings in the NBA. The last time the Laker nation lifted the Larry O’Brien Trophy, Kobe Bryant was the team leader. He loved this team dearly and would be proud to see us fight and portray that Mamba mentality. Let’s hit the court and do it for the Laker nation. Do it for ourselves and do it for Kobe. Let’s ball brothers.

Refiloe Seiboko, Mail & Guardian (South Africa): There’s really not much to say at this stage. Jimmy, LeBron and their teams know exactly what’s at stake. A text message is just a text message. But if I were Jimmy Butler, I’d go with something like: “They’re not gods. They can be beaten. We’re meant to be here. Leave it all on the floor.” If I were LeBron, maybe: “Let’s close this one out, so we can go home.”

Rotimi Akindele, Beat FM (Nigeria): If I were Jimmy Butler: Yo guys, it’s a win or bust for us now. We are 12 quarters away from realising our dream and also making history. The first four quarters start tonight, let’s make the city of Miami rock again. We can do this. They are a big side, but we should be the bigger team tonight. Let’s go get that ring.

If I were LeBron James: Just one game, one win, four quarters and we are the champions. Let’s make 2020 more remarkable for us, despite all the ups and downs. Let’s go grab that ring. Let’s do this for the Bryants, especially Kobe and Gianna. The city also needs this now. We are the favourites and we are exhibiting that tonight.

Stuart Hess, IOL (South Africa): If I were Butler: There is no quit in this team. We go and we go hard, strain every sinew, break some bones, but don’t quit. Denver has shown in these playoffs that 3-1 doesn’t mean it’s over. LeBron: Give me and AD the ball and you’ll get your rings. Stay focused, play hard, don’t look further than the next possession. We got this!

Woury Diallo, Le Quotidien (Senegal): If I were Jimmy Butler, I would ask my teammates to keep fighting and keep believing. The players need to understand that winning Game 5 would instil a doubt in the Lakers’ minds. They managed to do it in Game 3 and they can do it again. They have shown enough determination to compete with the Lakers and they are able to turn the tables and prolong the suspense. They just have to take it one game at a time.

As for the Lakers, they did the most difficult part — stopped the Heat’s momentum in Game 4. They are one victory away from the coronation. But I think this series is far from over. This is the most important game of the season. It will take the same motivation as in Game 4, the same concentration. If I were LeBron, this would be the speech I’d address to my teammates — make them understand that it is far from over. It’s necessary to come out with the same effort to finally get to the Holy Grail. They can’t give the Heat a single opportunity.