bit2Big > Africa News > African Blogtable: A bad day at the office for the Lakers, or a sign of things to come? 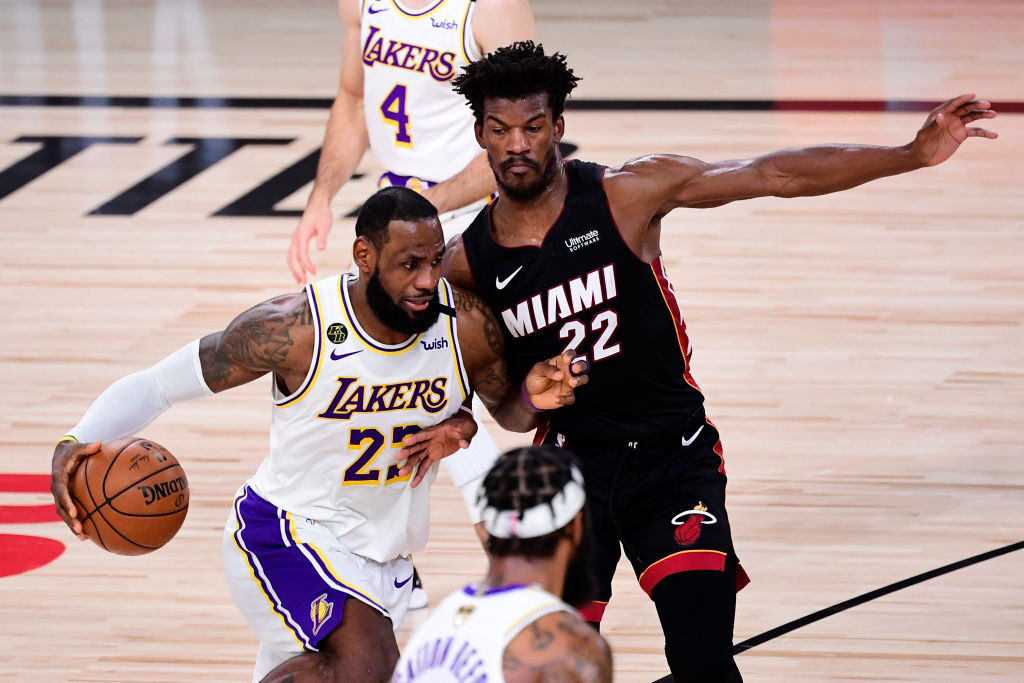 Amine El Amri, Le Matin (Morocco): The Miami Heat have all the right to dream. Especially now, after winning such a decisive game three against the Los Angeles Lakers. With an exception of Jimmy Butler, the Heat looked like a totally different team from the one that took the court in game two. And that’s a good sign for Erik Spoelstra’s side because it shows that the Heat belong and that their appearance in the NBA finals is not a fluke. Now, the biggest issue for the Heat was that as soon as LeBron James and Rajon Rondo started controlling the pace, the Lakers went up on the scoreboard. With an eventual return to form by Anthony Davis, things are going to be much harder for Miami in game four. And we’ve seen the Lakers coming back from such a blow in each of their previous series this postseason. I’m sticking to my Lakers in six prediction.

Nafy Amar Fall, Wiwsport (Senegal): What happened in game three is wonderful. And, for me, it’s a preview of things to come. Butler had said it, and he confirmed it on Sunday. He fought to the end while putting up some incredible statistics. Miami is no longer the injured team that let themselves be intimidated by James, and they understand how to keep Davis quiet. With the potential return of one of their injured stars, perhaps we will see even more exciting games in the remainder of this series. I can’t wait to see how the Lakers respond in the next game.

Nicasius Agwanda, Clouds Media (Tanzania): This goes both ways. Will we see Davis as cold as he was in the last game? Probably not until winter arrives and he’s got to cover himself up and can’t shoot the basketball. That was just a bad day at the office for him. On the other hand, this should be a preview of things to come. At some point Butler was supposed to take matters into his own hands. He’d been so comfortable in the previous games because the Heat had more contributions from other players who stepped up and made things happen. With him saying “they’re in trouble”, I really believe it’s just a preview of things to come and also a good thing for the fans. Let’s hope Bam Adebayo and Goran Dragić return, the Heat play well and Davis shows up. We’d have a series to remember.

Refiloe Seiboko, Mail & Guardian (South Africa): The Lakers played poorly and the Heat played well. No one said “just a bad day at the office” when the Heat lost. The Lakers did not play to the best of their abilities from the beginning of the game and Miami took advantage of their mistakes and played with more force and energy. If the Lakers continue to leave so much room for error, then they’ll be outplayed again. But if they play well consistently, then we can say game three was “just a bad day”.

Rotimi Akindele, Beat FM (Nigeria): Game three was tight. The Lakers were not bad, but Butler was just too good on the night. I like the “we don’t want to go home yet” approach by the Heat, but it doesn’t mean that the Lakers had a poor game. Whenever the Heat looked ready to pull away, the Lakers always found a way to fight back. All in all, it is safe to say that it was a blip. The Heat fans definitely would love to see another “blip” in game four, but the quality in the Lakers squad is yearning for a positive response, which I think we will see on Tuesday night.

Woury Diallo, Le Quotidien (Senegal): I think we’re going to see a very good game four. After the monstrous game from Jimmy “Buckets” Butler (40 points, 14/20 shooting, 11 rebounds and 13 assists), one of the best games of his career, it will still take much energy to have his team equalise the series in game four. A return by Dragić and Adebayo, absent in the last two games, could do the Heat a lot of good. On the opposite side, the Lakers will need more present Davis (15 pts) to support James (25 pts) and take things over. I vote for a Lakers misstep in game three and expect their comeback in game four.