bit2Big > Africa News > Africa: The only continent where political violence increased in 2020 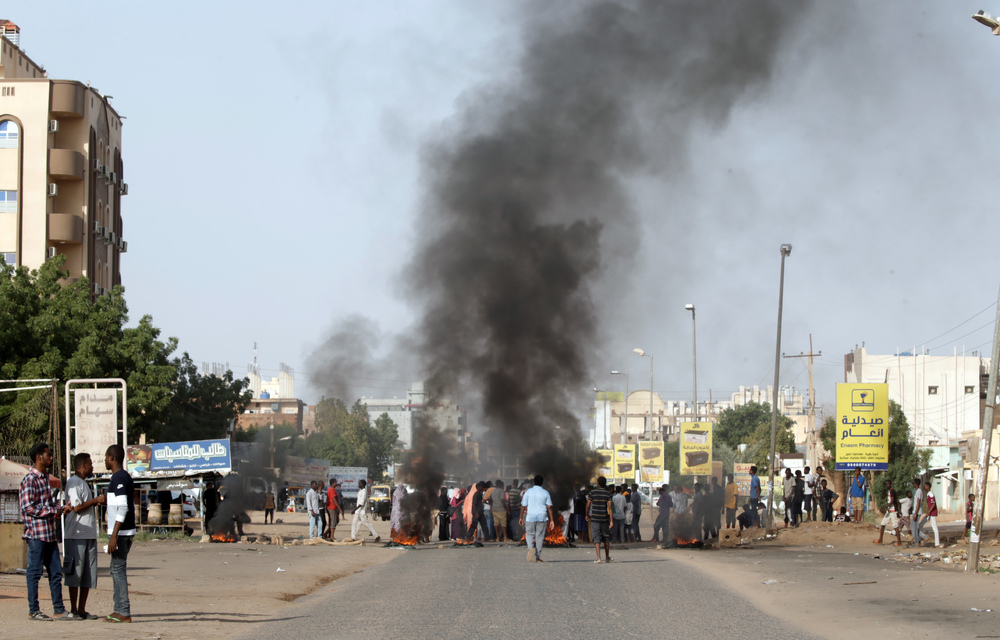 The geography of violence is not starkly different than previous years. These growth patterns of political violence in and across states underscore that current African conflict patterns and frequency are not due to poverty, environmental and climate factors, exclusion, ethnicity or demographic growth. The conflicts take place in areas of various levels of development, resource wealth, identities, demographics and across seasons. They also occur in parts of states where the government is well represented.

The map depicts the dominant agents engaging in political violence across the African continent in 2020. The centralised dominance of rebel groups in the Sahel and Somalia is evident, in contrast to the more dispersed dominance of political and identity militias, especially across central Africa. State forces, meanwhile, dominate North Africa as well as in Ethiopia and Uganda, where they have prioritised securing their regimes. Mob violence, meanwhile, dominates Southern and Western Africa, but this has long been the trend.

The countries with the most conflicts in 2019 are the same in 2020: Somalia, the Democratic Republic of Congo (DRC), Nigeria and Cameroon; Libya is the sole exception. The most significant increases, in the DRC and Nigeria, represent two distinct trends in violence across Africa — old conflicts are not resolving, they are getting worse — and newer conflicts are on a growth cycle of diffusing and escalating.

Violence also got worse in Mali, Cameroon, South Sudan, Mozambique, Uganda and Ethiopia. The motivations are varied: state forces have adopted a much heavier hand in securing the regime in Uganda; subnational competition has intensified in multiple areas during the ongoing period of transition in Ethiopia; jihadi conflicts have developed new frontlines in Mali and Mozambique; and the constant spiral of violence continues in South Sudan, as groups outside of the narrow, elite, previous peace agreements contest their terms.

These trends underline how two dominant interpretations of African governance are equally poor explanations for violence. The first is that African governments are often presented as weak or incapable of preventing violence, and yet somehow they are also brutal, omnipresent and repressive. In reality, in over one-third (18) of African countries in 2020, state forces are the most active agent engaging in political violence. A more complicated reality is that regimes are often held together, and leaders kept in power, by multiple allied elites and groups that have variable levels of subnational authority. Deviations in subnational alignment, competition between political elites, opportunism and poor integration with local gatekeepers creates a perfect situation for many militias to emerge and contest authority through violence.

The second outdated interpretation concerns the dominance of rebel groups, despite the fact that there are far fewer rebel groups active across African states relative to other types of non-state armed groups, such as political or identity militias. In 2020, less than 6% of all non-state armed groups are rebels with an agenda to replace and challenge the national government; these groups are responsible for 17% of all political violence on the continent. Of those groups, the top four are Islamist organisations — Al Shabaab, Boko Haram, the Islamic State in various spaces, and ama’at Nusrat al Islam wal Muslimeen (JNIM) — that together account for nearly two-thirds (63%) of all rebel violence.

Outside of these dominant groups, rebel organisations tend to be small, weak and insignificant to patterns of violence. They are the most active agent engaging in political violence in only five (10%) Africa countries. Even those that are dominant are still well outside of discussions about governance and shared power; they are not angling for greater rights and representation, but rather use violence to lay waste to forms of formal authority, civilian security and political structures that define modern states.

Militias are the central cause of Africa’s violence problems, especially “local identity militias”, which account for the greatest rise in violent groups. Between 2019 and 2020, an additional 270 identity militias became active in Africa. Their violence is often localised, situational and limited, but it also underscores how over four times as many non-state armed groups are active across the continent relative to state security forces.

Nigeria, South Sudan and the DRC were home to the greatest rises in the number of active identity militias between 2019 and 2020. The fact that these countries also dominated the list of countries where violence escalated points to the significant contribution these groups are making to conflict dynamics within countries.  These militias are the most active agent engaging in political violence in one-quarter (11) of African countries in 2020.  The more formalised, diffuse, well-armed and funded militias (“political” militias) often work for politicians, parties and political interests to further their ambitions and secure their authority through violence. These groups are popular because they allow political figures to cede all responsibility for violence dictated by them, and militia members are often granted impunity from their political patrons.

Lastly, mob violence rose from 2019 to 2020 by almost 70% as more violent groups came together spontaneously, often in the form of (perceived) vigilantism.  These increased events were often in reaction to insufficient information and scapegoating in light of the Covid-19 pandemic. These mobs were the most active agent engaging in political violence in nearly one-third (15) of African countries in 2020.

The number of weekly peaceful protests declined across Africa by nearly one-third (from 261 protest events in 2019 to 169 protest events in 2020). These protests contested lockdown measures, elections, unemployment, economic disadvantage and constitutional crises. This decline mirrors global trends, as a response to coronavirus lockdown restrictions.

However, the average number of weekly violent demonstrations specifically increased across the continent. This trend was driven by significant increases in rioting in Ethiopia, Guinea, Nigeria and Uganda.

Previous PostWhat Are NFTs and How Do They Work?Next PostSEC Charges Three of Stealing $11.4M Through Token Backed by Actor Steven Seagal