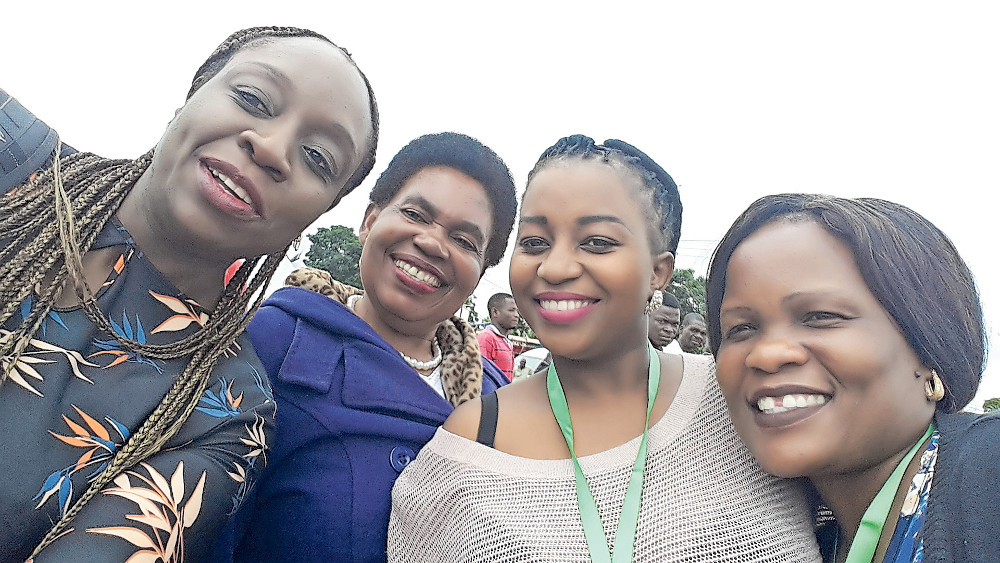 The Southern Africa Trust (SAT) has welcomed the launch of the African Continental Free Trade Agreement (ACFTA), which came into effect on 1 January 2021, expressing the hope that it will significantly benefit women and youth cross-border trade, particularly in southern Africa.

Christabel Phiri, a Mobilization and Engagement Manager at the Trust, said her organisation has been proactive in addressing the plight of women cross-border traders for many years, especially those in the informal economy selling products such as vegetables, fruit, fish, meat and dairy products.

The Trust also focuses on influencing policies to end poverty, and Phiri plays a strong role in ensuring that this vision is realised.  She has extensive experience in facilitating dialogue between policymakers and civil society organisations, as well as a rich capability in policy-relevant research management skills.

The staff of the organisation play an instrumental role in bringing the poor, the government and the private sector together to find solutions, oversees the various programmes at The Trust that support responsive policy development. Working across the fields of agriculture, trade and migration, the staff monitor how these programmes affect the lives of the poor.

The Trust, according to Phiri, was established to give agency to people living and affected by poverty through innovative and proactive interventions which challenge for polices in the region to support the improvement of their quality of life.

The Trust works through partnerships formed with civil society organisations, governments and intergovernmental agencies to ensure that development achieved through regional integration and economic growth is driven by the participation of citizens in the SADC region to reduce poverty.

Phiri said the launch of the AFCTA is poised to improve trade relations between African countries, saying enlarged regional markets offer local small and medium enterprises supply and value chain linkages into other markets outside the region.

Phiri added that informal cross-border trading is important not only as a source of employment; it also assists in the eradication of poverty and contributes immensely to food security.

“The AFCTA offers local entrepreneurs, especially women, many opportunities, including agricultural transformation. Farmers stand to benefit, largely from opportunities to add value to their products and contribute to the regional body chains, and feed into many sectors,” said Phiri.

“Women comprise over 80% of the sector in the SADC region. It is one sector that has been able to turn women into breadwinners, and empowered many women to be financially independent and be able to put food on the table. The sector has a positive gender impact and must be supported.”

The AFCTA is currently the largest trading bloc in the world, comprising 54 African nations.

According to the African Union (AU), AFCTA is larger than the European Union in terms of geographical expansion and the number of member states.

The agreement aims to boost trade by 52% by harmonising a market of more than 1.2-billion people; it will become one of the world’s biggest free trade markets.

The agreement will consolidate the many small, fragmented markets in Africa for investment flows, especially in export-led manufacturing. It will also help the continent meet the targets of numerous Sustainable Development Goals by 2030.

However, African nations have a lot of internal reforms to achieve if the benefits contained in the AFCTA are to be attained. Analysts say corruption, bureaucracy and other bottlenecks to trade have to be dealt with before the AFCTA can be successfully implemented.

African economists and policy analysts have asked several pertinent questions about AFCTA: are African nations really as pan-African as they claim to be? Do they have more than national interest at heart? How will the AFCTA work where other regional blocs have failed?

Augustine Tawanda, General Secretary of the Zimbabwe Cross Border Traders Association, said he hoped AFCTA is able to open up space for fair trade and positively impact on the informal economy operators.

“As small-scale traders we lobbied for the COMESA (Common Market for Eastern and Southern Africa) Simplified Trade Regime (COMESA-STR) as we negotiated for the AFCTA, and we hope it will benefit informal operators, because previously, the tone of the trade agreements always favoured the interests of the multinational companies and big players, leaving small informal traders out in the cold,” said Tawanda.

He said it would also be important to watch how the AFCTA will also deal with challenges posed by the Covid-19 pandemic.

Tawanda said the situation at Beitbridge border post between South Africa and Zimbabwe was unacceptable and put the lives of many people, including traders, at risk.

He said cross-border trade on foot was halted and large consignments were stuck at the border post, while drivers complained of long queues due to the mandatory coronavirus testing at Beitbridge border post.

“We witnessed the chaos and stories at Beitbridge border post. It was definitely a pathetic situation. Obviously systems were overrun and actually exposed a lot of people to the dangers of Covid-19, including informal traders. We hope the AFCTA will address these issues.”

Tawanda said the closure of borders affected thousands of Zimbabwean cross-border traders, who had to deal with South Africa’s Border Management Authority Act 2 of 2020.

Phiri said The Trust is deeply concerned about how many informal cross-border traders and farmers in southern Africa are affected by the Covid-19 pandemic.

The pandemic, she added, has created many challenges for many countries in southern Africa, including South Africa. Land port closures affect trade across physical borders, much of which is small-scale and informal, and which requires the movement of people.

“There are no employment opportunities and many poor and vulnerable people’s lives are in jeopardy,” said Phiri.

“There has been limited movement across borders due to Covid-19 pandemic affecting cross-border trade and livelihoods. We are currently engaging with the Southern African Development Community (SADC) and the AU on how to intervene and harmonise cross-border trade.”

She said the Covid-19 pandemic has meant loss of income for cross-border traders, adding that it has also brought to light “the weak healthcare systems we have in Africa”.

“Many traders run informal businesses and their businesses are not registered. When countries offered relief packages to businesses and other sectors, cross-border traders lost out and did not receive any financial support because many are not formalised,” said Phiri.

She said while AFCTA was welcomed, the challenge for organisations such as The Trust at the moment is how to assist informal cross-borders traders during the pandemic to recapitalise their businesses, as many are unable to access formal financing.

Many traders, particularly those in Lesotho, Mozambique, South Africa, Zimbabwe and Botswana, are unbanked and rely on expensive informal loan sharks for bulk stock purchases.

“It’s very difficult to approach banks as they demand security and a clean profile. That’s been the biggest challenge facing traders during the pandemic. Many informal traders are now in debt and are not able to repay loan sharks, and face major risks,” said Phiri.

“There are so many challenges at the borders. Access to information is one of them. Most of the traders do not have the relevant documents. We also need better border management systems, including infrastructure and improvement of roads.”

Phiri said one of the urgent priorities of The Trust with regards to AFCTA was to ensure that traders have access to information in English and various national local languages.

She said translation of information is also crucial, arguing that the risk of not translating information is that it perpetuates marginalisation through language and disempowers cross border traders from being able to trade to the best of their ability within their markets. Diversity of language is an enabler of progress for the work to end poverty, said Phiri.

“We also need better communication strategies around the Covid-19 pandemic, using platforms such as WhatsApp and other social media apps. Community radio stations can also play a role and be used to inform citizens about AFCTA and its benefits,” said Phiri. 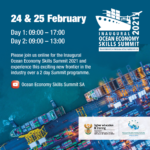 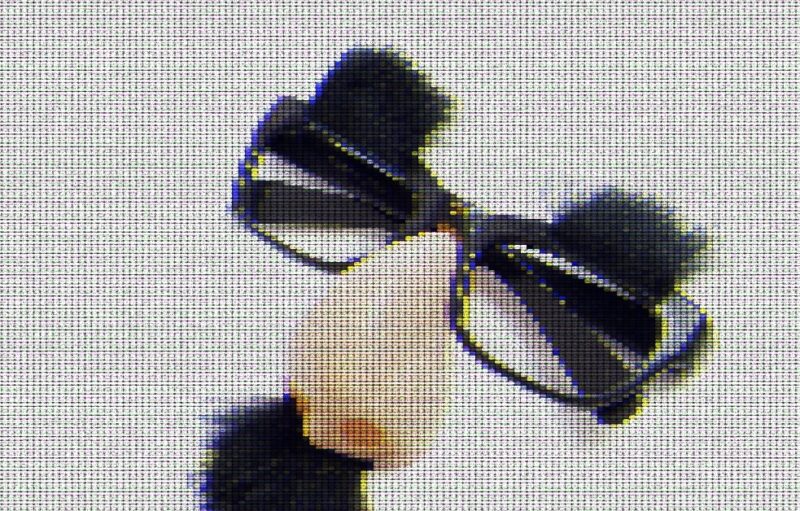 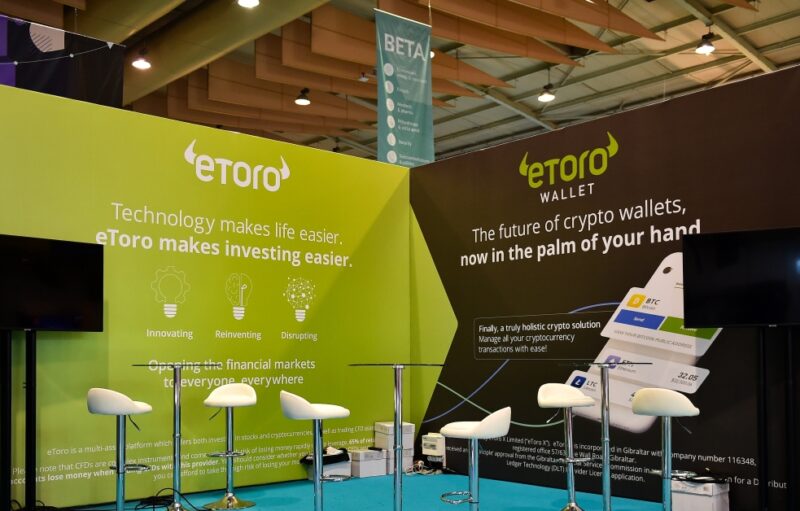 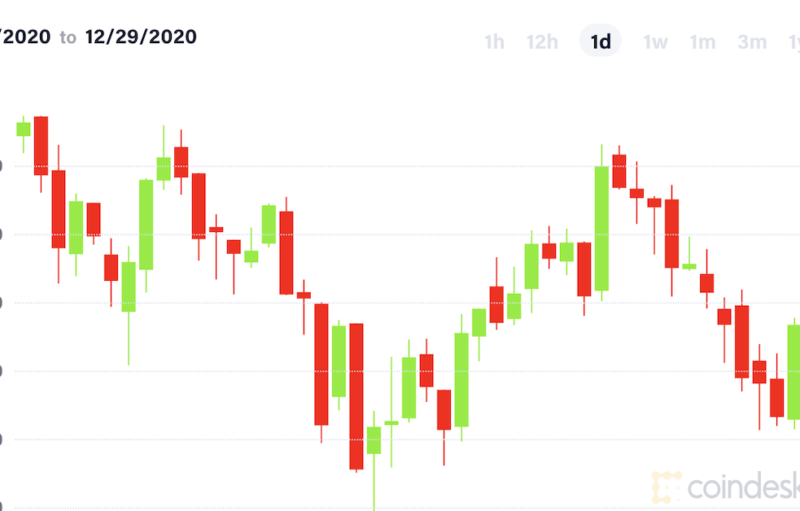 Market Wrap: Bitcoin Down to $26K but Traders Remain Bullish