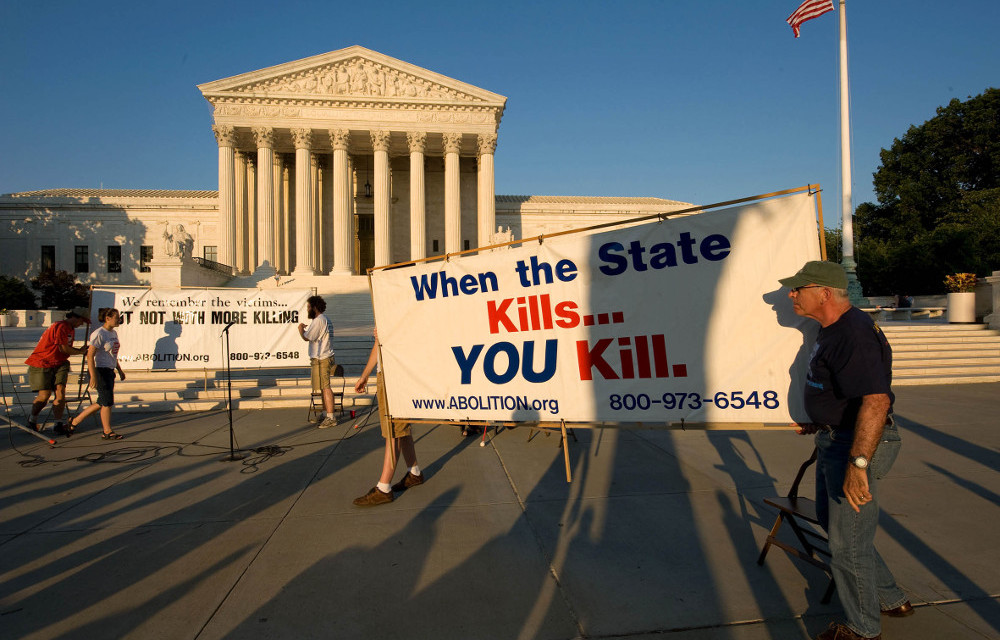 Executions are on the decline as more countries abandon capital punishment by law or in practice. Despite this, 657 executions were recorded last year. That’s 657 too many.

It is crucial that those accused of capital crimes have access to quality legal representation. In many places, people facing charges that could lead to execution are deprived of this right. Some spend days in detention without access to legal counsel, only to be assigned a lawyer who is juggling dozens of other cases. Others may meet their lawyer for the first time in the courtroom, at the start of the trial. Some attorneys do not have the knowledge or capacity to defend a capital case, or may be afraid of the repercussions if they actively defend their clients.

Vincent Soligbo’s clients are lucky. This capital defence attorney has represented people facing the death sentence in Nigeria pro bono. He has interacted with people on death row since 2013, discovering that most of them — at the time of prosecution and even after conviction — were never afforded the constitutional right to proper legal representation. Many could not afford the services of a lawyer to appeal their conviction, and were subsequently executed by hanging.

This lack of adequate legal representation led to more people ending up on death row, often based solely on confessions obtained by torture. “I often reflect on what would have become of my clients had they not benefited from diligent and proper representation,” said Soligbo, who has successfully defended several individuals.

What he observed is not an isolated phenomenon. In many countries, people are arrested, detained, and in some cases even tortured until they confess to crimes — all without a lawyer by their side. Many people cannot afford to pay a lawyer. This violates the most basic tenet of criminal justice systems: the accused are innocent until proven guilty.

We cannot tolerate the status quo. Effective and trained defence lawyers are necessary to ensure fair trials; the right to adequate legal representation is not and should never be viewed as a luxury.

This means people should be able to count on expert legal counsel from the moment they are accused of a crime. This means having a lawyer who is qualified to take up a case, who has access to relevant information regarding the case and who can consult the accused when needed. This requires that the lawyer is adequately compensated.

State-sponsored killings are an affront to human dignity. They amount to cruel, inhuman and degrading punishment and must be abolished everywhere — from Belarus, Vietnam and Iran to the United States and Singapore.