bit2Big > Africa News > A net to catch the NEETs

With almost 1% of the South African population contracting Covid-19, the country faces significant social and economic repercussions due to the pandemic. South Africa, like many other countries, has been thrust into a decade of reconstruction and development.

South Africa’s 2020 reconstruction and development moment is reminiscent of its 1994 historical moment. President Cyril Ramaphosa faces the same structural human development crisis characterised by high rates of unemployment and poverty and low rates of education and entrepreneurship that confronted President Nelson Mandela in 1994.

Mandela was confronted with connecting marginalised black Africans — youth, women and those living in the rural areas or former Bantustans — to the economy. All the democratic South African presidents have used public employment projects as development vehicles for expanding and delivering social and economic infrastructure, for training and development, as well as for providing temporary employment to the unemployed.

Even with these interventions, South Africa continues to face an ever-increasing human development crisis, and that is best reflected by the number of 15- to 34-year-olds who are disengaged from both work and education. This segment of the population is technically known to researchers as youth who are not in employment, education or training (NEET).

Statistics South Africa has consistently been measuring the youth NEET rate since 2009. To date a whopping 8.5-million youths (15-34-year-olds) are not in employment, education or training. Millions of young people, the majority of them girls and young women, are not productively engaged. Youth in the Northern Cape province  are recorded as the least engaged.

South Africa’s ever-increasing NEET rate presages that the country’s human development capacity is indelibly constrained, reproducing and sustaining structural inequality that is already disproportionately suffered by black Africans, women and girls, youth, people with disabilities and those living in the rural areas.

Such a high NEET rate is a serious problem for current and future economic growth. If unaddressed, it forebodes social anomie, and though untested, it may also be a significant driver of South Africa’s steep Covid-19 infection rate.

Are these interventions and the billions invested in them capable of catalysing productive economic participation?

Whereas the mechanics of the Presidential Youth Employment Intervention are yet to be known, NSFAS, much like the social grant system, has its challenges, though the financial aid scheme has funded thousands of students. NSFAS must extend its reach as many youths drop out of post-school education institutions due to a lack of tuition fees.

Since 2004, the NYS programme has undergone multiple and complex changes in its design and implementation, and has little known impact on youth. We do not know if the youths who participate in it gain accredited training with exit pathways to various opportunities, such as accessing further skills training, getting a decent job, or even starting and running a profitable business.

The same can be said for the broader Expanded Public Works Programme (EPWP). We do not know enough about what, if any, economic or livelihood opportunities EPWP participants exit to after engaging in it. However, the majority of EPWP participants (much like participants in other public employment programmes) did not have matric (73.7% in 2018), suggesting that they return to unemployment. South Africa’s labour market is notorious for demanding high-level skills and accreditation, credentials or qualifications. Prospective employers could be reluctant to employ NYS and EPWP graduates.

With over half a billion rands in funding each year, the operational structure of the NYDA must be revamped. A simple example is that the Agency’s operational costs are too high. Fifty-seven percent of its budget is spent on operations and employee costs, and 43% on actual funding projects. Furthermore, South Africa has millions of unemployed youth, and the agency’s annual job creation rate is far too low at 5 024.

The above-stated interventions are quantitatively low and have qualitatively poor impact as millions of youths remain unproductively engaged. In their current form, they serve as weak instruments for restructuring the South African economy and achieving greater and more productive inclusion of marginalised population groups.

How can they be improved? A few principles must apply.

South Africa’s potential lies not only in its natural resources and reindustrialisation, but in a well-integrated and innovative human development strategy. The directed targeting and successful integration of youth NEETs who are located in geographically and economically peripheral provinces and small towns into social and economic infrastructure development projects and reindustrialisation efforts would serve as an effective catalyst. Youth NEETs must become central to small town rejuvenation and new urban development.

Importantly, this would also mean that as youth NEETs exit the public employment programmes, they  would transition to servicing those local markets in various agricultural, agro-processing, construction, small-scale manufacturing and other value chains. Development finance institutions are critical partners for finance and business support.

Important actions would need to support this, including identifying NEETs and developing a  recruitment strategy for NEETs, identifying their capacity, educating NEETs and conducting skills profiling, supported by economic opportunity mapping and linkage where they are. Of course, SETAs, TVETs, universities and technikons would also be crucial actors.

The NYDA can increase its value by crafting a youth NEETs recruitment and coordination strategy that helps all development agencies, from development finance institutions to mining companies’ social labour programmes, to identify and recruit determined NEET individuals in their programmes.

Alongside the relevant agencies, the NYDA can also assist with the skills profiling of NEETs. South Africa currently has a myriad economic development programmes complexly contained in hundreds of the state and private sector’s policy and strategic documents. Some of these are already in play while others are on the drawing board. In this way the NYDA’s capacity as a market linkages hub for youth NEETs would be reinvigorated.

With the Fourth Industrial Revolution upon us, a “live” digital platform and app with youth NEETs’ profiles for recruiters and economic and training opportunities for youth NEETs, business and cooperatives would effectively deal with 63.3% of the unemployed accounted for by NEETs.

This type of development programming can be the catalyst for restructuring the South African economy and building a more inclusive and resilient one. 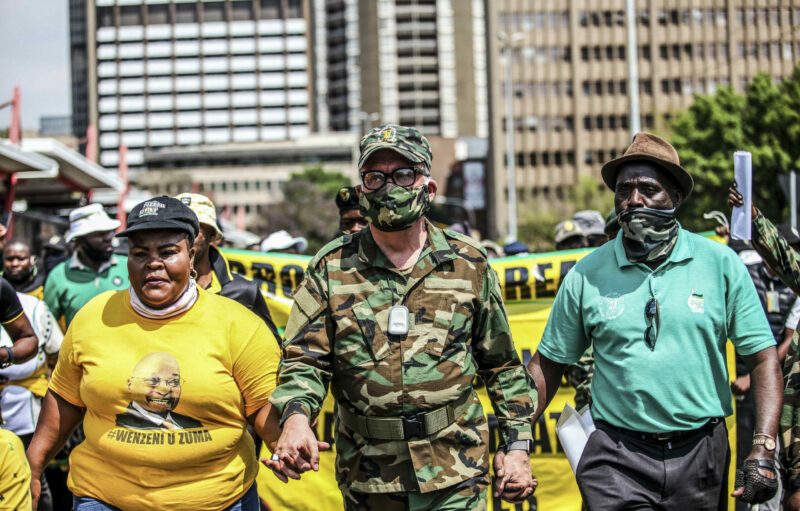 Why the Big Fish escape the justice net